The first week of May produced no fewer than 40 doubles, with this 22lb 12oz Rainbow the largest of the bunch.

Gary Knapper had a day to remember when not only did he land this superb conditioned Brown of 15lb 8oz, he also landed a super Rainbow of 12lb 13oz.

Lots of flylife about now with the first of the Hawthorn and Crane fly now hatching in numbers.Stocking continues weekly which will include plenty of bigger fish too.

He netted 10 fish of 7 pegs to take top spot landing this cracking double figure rainbow too. 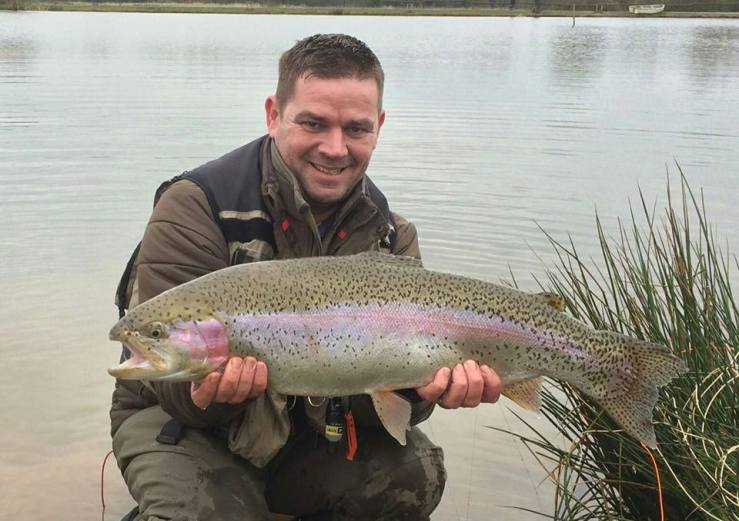 Jack Forrester won the Junior match with 2 good fish, catching 2 minutes before the end of the match to take top spot. 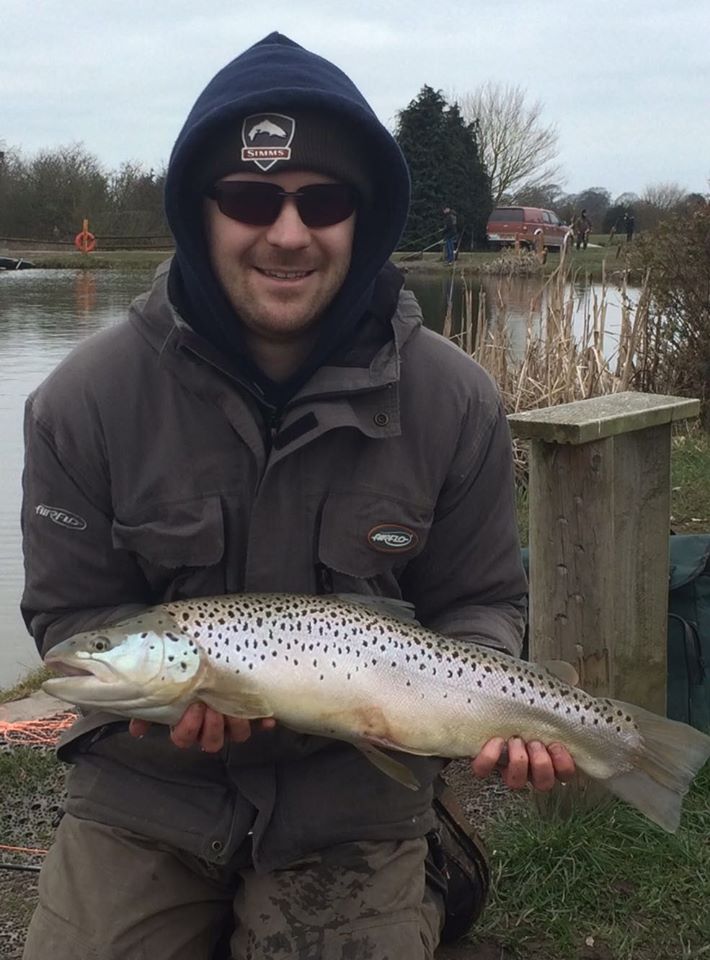 Will Upton landing a fish, with George Clarke on hand with the net, with both young anglers coming joint second.

Tomorrow Saturday 19th March is our Troutmasters fish off for seniors and juniors.

Kick off starts at 9,30 and will finish around 2.30pm, both will be fished on Meadow lake and fished to catch and release.

Lots of good fish coming out so make sure you have some strong leader and a good size net, should be a great day with some world class anglers fishing!!

All other lakes will be open to day tickets.

More stock arriving daily in the shop, with some great bargains to be had with in stock items.

We have now got the long awaited #Traxion reels from #Scierra, a beautiful reel that’s easy on the pocket too. 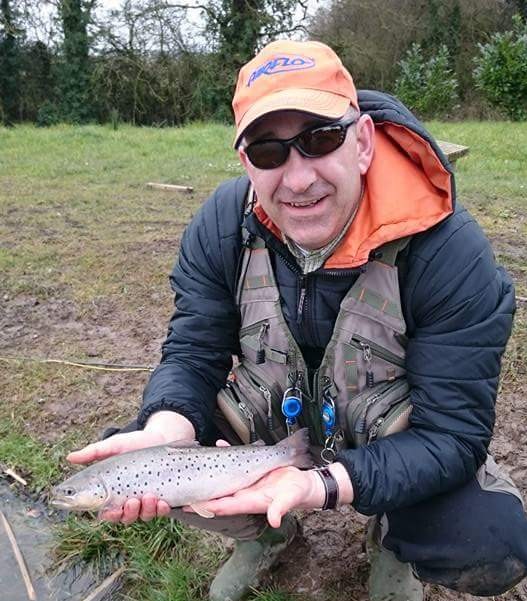 What a cracking day at the lakes on Saturday, with 27 anglers retuning a rod average of over 8!!!

Top rod was Joe Wood who returned 16 rainbows and a brown, he mainly fished Meadow on a black Nomad, His Grandad Derek returned a respectable 10 fish which included a cracking Char and a brownie.

Other notable bags were Dave bytheway with 9 fish landing a Tiger and a double too, plus 4 fish over 5lb!!, the Derby lads had 15 between them inc a Char and a couple of Browns, and JR was back to his normal self landing 7 fish including a 12lber and 9lber.

sport should remain fantastic over the coming week with light winds and warmer days forecast, lots of small buzzers hatching today with the fish in the top few feet as usual

Top of the shop was Barry Coombes who returned 20 on Meadow, Gordon Hollinger was just behind landing 17 also on the buzzer.

JR was back again today landing 10 lorina had 8 with plenty of others having 5 or more.…

Another dry week on the cards so fishing hopefully will remain great.

Nice and busy at the lakes, with loads of action this morning.

Shops also busy with the arrival of some new gear from ‪#‎Wychwood‬ and ‪#‎Scierra‬ this morning.

Dont forget you can get the new FNF Jelly fritz from Ellerdine too, as featured in Total Flyfisher this month.

A different day completely to yesterday with NO RAIN! !

Everyone seemed to be catching today with 20 anglers returning a rod average of over 7!!

Great to see some of the new browns making an appearance, with Brown’s being caught on every lake today😀 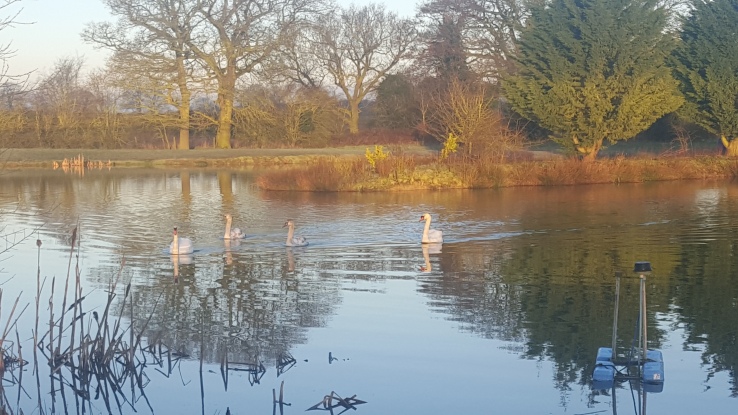 Let’s hope spring is now around the corner.

How about this for a fantastic double figure Brownie.

Trevor landed this beauty on the far end of Cranny fishing a Pitsford Pea, it was quickly weighed at 11lb 9oz and returned to fight another day.
The quality of these double Brown’s are quite something, prepare to get pulled around the lake if you hook one.
…
Trevor also returned a further 8 fish too 6lb all off Cranny.

Mark returned the best bag of 14 fish moving between all the lakes, all fish came to a leggy cat fished a few feet deep on a floater.

Every angler caught today and with the weather conditions of rain and strong winds and excellent rod average of 7 was achieved.

The new stock of Browns should soon be on the feed, so if you have never caught a Brownie NOW IS YOUR CHANCE. 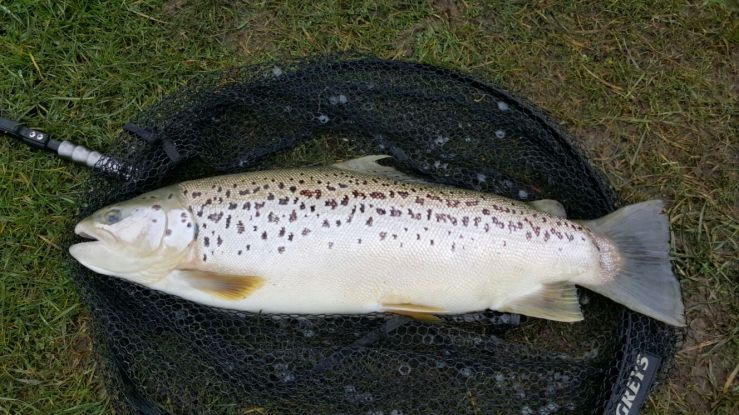 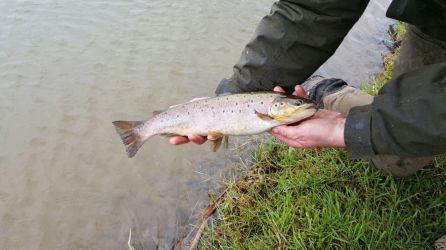 Today we stocked some quality Brown trout in all four lakes, these will make excellent sport on the dries when the weather gets warmer.

These smaller 2-3lb fish will compliment the bigger Browns that were stocked a few months ago.

We are now a main dealer for Costa Del Mar glasses, these are with no doubt the best glasses on the market.

100% UV protection and a lens which is so clear its outstanding.

If your in the market for some quality eye ware please do give us a try.